Surprise release – Outside the Lines

Surprise everyone! I decided to release a novella just in time for Valentine’s Day. I’ve got four men to smuggle up with. Their names are, Cade, Brock, Bull & Hansen. So what if they’re not real flesh and blood people. They still count.

We met Macy and Hansen in Firestorm, and I just had to give them their HEA. Grab it here. 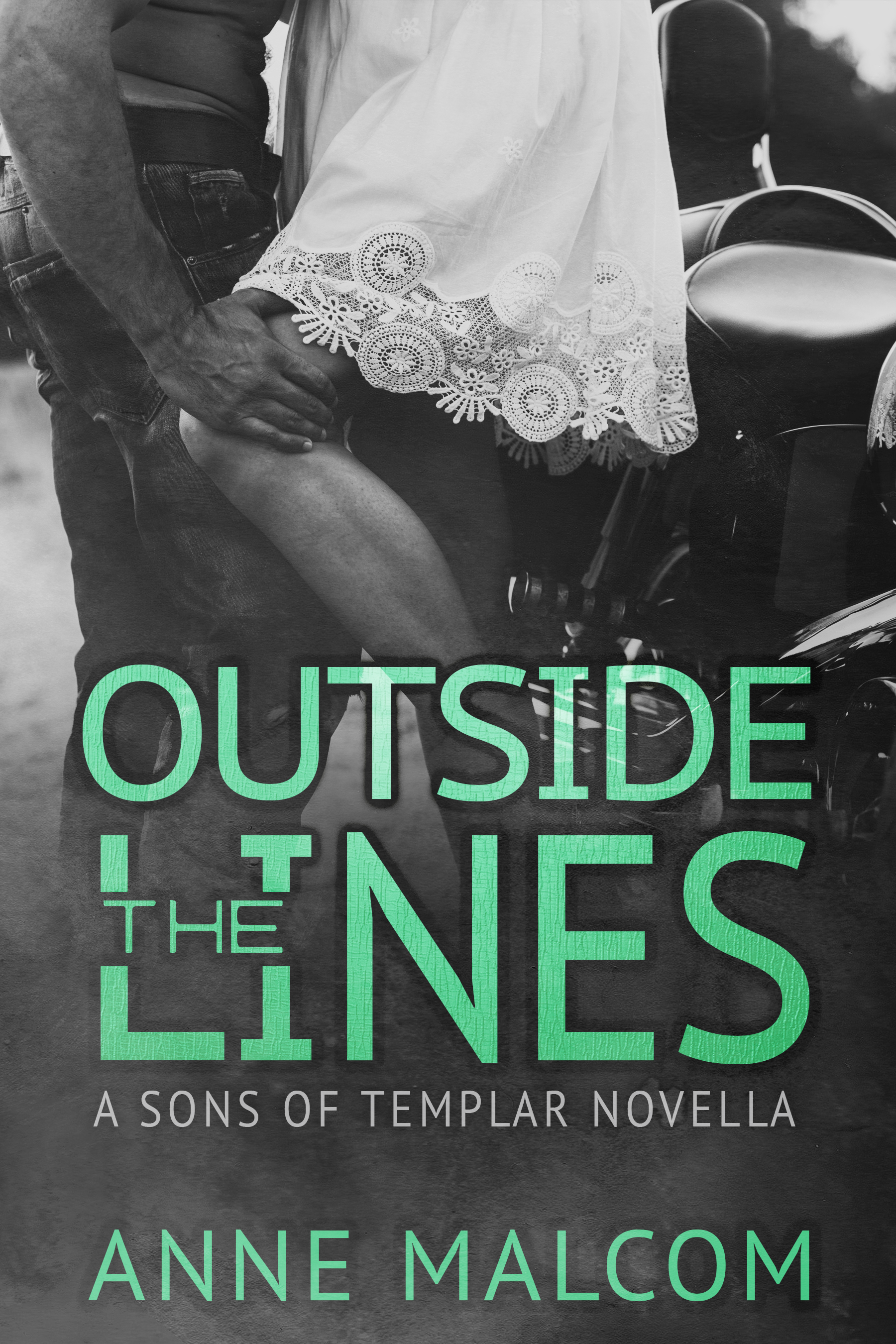 My life’s not easy. I’ll tell you that now. It’s not neat. I don’t fit into society the way most people expect me to and I don’t color studiously between the lines, outside the lines is where I reside. The fringes of society is where I found my place, with the Sons of Templar MC. The life they lived gave me everything I wanted, and everything I needed. Most importantly, it gave me something I’d been lacking for over a decade—family. A place to belong.

Club girl—that was my title. There were other words for what I was, but I preferred the less derogatory version. Sure, I’d love to be an Old Lady. It’s the dream. But, as someone who escaped into fantasy worlds when life got too much, I knew the difference between dreams and reality. I had resigned myself to the fact, I’d always belong to the club. It didn’t mean I didn’t crave one man in particular to claim me. To put me on the back of his bike and ride off into the sunset with the man who’d captured my heart the first day I saw him—Hansen. The dream where he’d finally see me and make me his, existed strictly in Macy’s world of wonder. Until now. Until somehow my fantasy world and reality world collided and he looks at me in the way I’d dreamt of for a year.

Fairy tales usually had neat and happy endings once the hero and heroine got together. This wasn’t a fairy tale. Hansen wasn’t your traditional hero and I was the furthest you could get from a heroine. I feared my past might dictate my future. That my world outside the lines would go from messy to complete disaster.