It’s no secret I love food. If you follow any of my social media, you’ll understand this. You may even be annoyed how fricking much I talk about food. If you are, you should probably stop reading like now since the whole point of this is food.

But, if you’re a foodie like me, please keep reading. I’m going to add recipes when I can, along with whatever little stories go along with them. I thought we’d start in Italy…

Okay, so there’s a story behind this one.

Bear with me as we hop into a time machine….

At age 21, I was enrolled in a Fashion Design course and I was hating it.

The worst thing was, ever since I was old enough to dress myself, I knew what I wanted to do. I never had those crisis of identities, never had a vague, non-committal answer when some ‘adult’ (I’ve learned now that adulthood is a complete farce) asked me what I wanted to do when I grew up. I wanted to work in fashion. I wanted to immerse myself in this amazing, creative field that I adored.

So I went to study it.

And I despised it.

Some parts I loved, to be fair.

But the majority of it was horrible.
I can’t sew. I’ve never been a sewer. I love designing and drawing, but actually making the clothes? Never had the patience or the skill.

I figured ‘how hard can it be’?

Turns out, with someone with my brain, hard as fuck.

I cried at a sewing machine for an hour about a skirt.

I was up till four in the morning sketching, designing collections, then deciding I hated them and starting all over at six when my final presentation was at nine that morning.

I was unhappy as all hell.

Because I had told everyone in my life that I wanted to work in fashion. Screamed it from the rooftops. I was kind of an asshole about it if I’m honest.

And I never quit.

My parents instilled this in me at a very young age. The last time I quit something was ballet when I was like seven (after making mum buy all the gear) after realizing in the first five minutes of my first class that no, it was not just about having cute hair, wearing a pink skirt and awesome slippers.

But after that, I never quit.

It’s not something that had entered my mind.

I felt like I was letting my mum down. Letting myself down. I was struggling. Because something so central to my identity wasn’t working. Who the heck was I?

Yep, at one of the unhappiest periods of my life, these two saved me. I wrote about a quarter of the book before I dropped out of school.

I worked in retail for a year, Cade and Gwen banished to a dark corner of my laptop.

I jumped at the chance.

I bought a one-way ticket to Portugal (one of my favourite countries on the planet, just FYI), booked three days at a hostel. And that’s it.
Nothing else.

Not even a vague idea.

And it was freaking amazing.

You know how people say things fall into place and you think ‘yeah right, asshole, you’re just saying that when really you spend twelve years planning this within an inch of your life’—well that shit actually happens.

We ended up meeting people who told us about this volunteering system where you worked four hours a day for room and board.

Since we kind of needed a free place to stay, we were all about this.

We did the gardens at an organic farm/yoga retreat in the Algarve. We worked in a hostel in Spain. And then…Italy.

An olive grove deep in the hills of Northern Italy, not too far from the ‘Italian Rivera’. And we lived there for two months.

She had friends, old Italian men who didn’t speak a lick of English and were literally the epitome of Italy. They loved food. They loved to smoke, drink coffee, then wine, and talk. One night they turned up with a box of pastries and a bottle of grappa. We finished both of these things and talked well past midnight. Keep in mind my girlfriend and I only spoke passable Italian at this point and they knew no English. Sometimes there’s a different language. Extremely strong Italian liquor helped, of course.

But food was central to this.

So our host gave us the ultimate test. She threw a dinner party with all our fabulous Italian friends and we were to cook.

Needless to say, I was nervous.

But we smashed it.

Such a small thing as cooking for a bunch of strangers turned friends who didn’t even speak my language atop a hill in the balmy Italian summer should not have felt like such an accomplishment. Shouldn’t have felt so pivotal. But it did. It solidified those tiny doubts that had been whispering to me since I booked my ticket. About how irresponsible I was doing this, about how it was going to ruin my future, end up living at home in my twenties and spiraling etc.

And it was true.

Because after A LOT more adventures, I came home with a purpose. I enrolled in university to study journalism. I finished Cade and Gwen’s book a few months into my first year.

And the rest, as they say, is history.

Is this too long of an introduction to a simple risotto recipe?

But I’m guessing you’re here because you read my books. If somehow, you haven’t and you stumbled upon this by accident, I write books, you should go and read them.

But most of you have. So you know I don’t know what it means to tell a short story.

A lot of you also know the love affair I have with food. And it started, like really started with this connection between food and peace I made in Italy. With this risotto, among other things.

Please let me know if you like this story time/ recipe thing I’ve got going on. Because I have more. A lot more.

Let’s get to the recipe…. 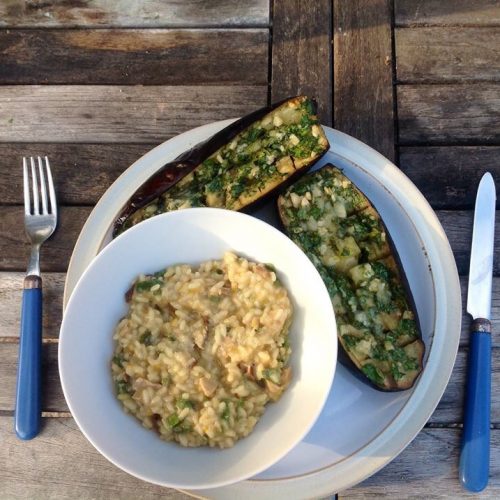 And yes, if you know me you know I HATE mushrooms. But I love the flavour. Like in sauces and stuff. And especially in this. I know, I’m weird. 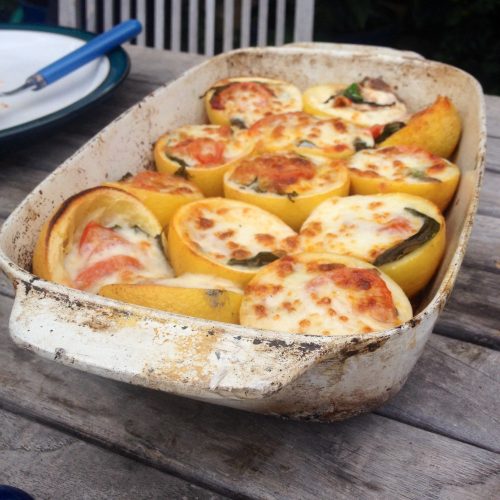 Sweet baby Jesus. This may not look like much, but they are everything. Seriously. With a chilled glass of rose on a summer day or a room temperature glass of pinot on a winter night, these work as the perfect addition to any meal. I could easily eat an entire tray of these in one sitting. I would’ve, had we not had to share with our Italian family. Also, they’re easy as fuck to make, so serve these at a dinner party and your friends will be super impressed and you pretty much won’t have to do any work. 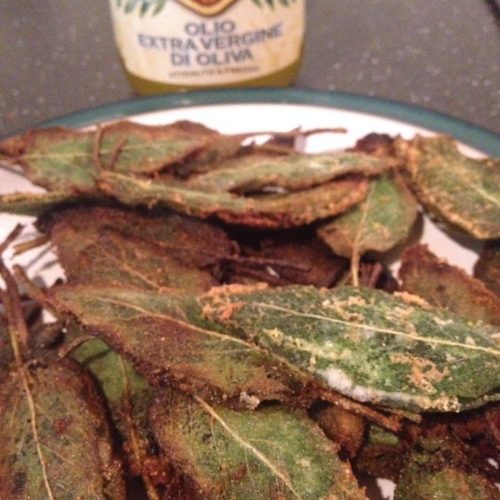 Next up are cockroaches. No not actual cockroaches, they don’t even look like cockroaches so don’t ask me why they are called that, it’s a Canelli thing. But despite the uncertain origins of the name, these puppies are beautiful. 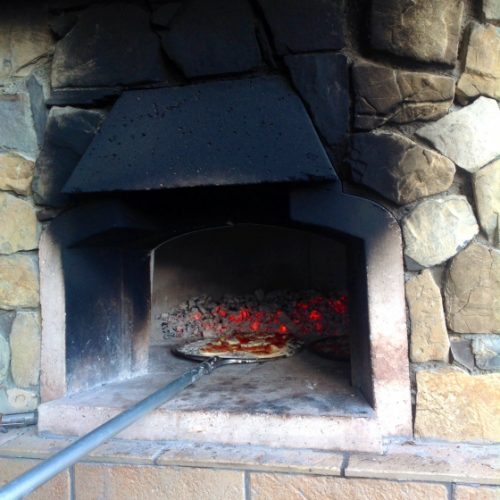 Okay, you didn’t think I was going to do an Italian series and not have pizza, did you? Of course. Ever since Italy, I eat pizza the Italian way—simply. They will put three, maximum four toppings on pizza. That’s it. Why would you want to complicate a good thing? Simple, fresh flavours speak for themselves. And cheese. Cheese speaks for itself.