I’m a person prone to guilt.

Whether it’s being late to an appointment, forgetting a friend’s birthday, telling a white lie to cancel plans—I give myself a mental beating after the fact.

And this isn’t now and again.

This is all the freaking time.

As long as I can remember, I was a kid that was worried, constantly. About big things, little things and made up things. I would literally have an anxiety attack when I couldn’t find something to be worried about. Because there couldn’t be a moment in my life where I was free of worries. And I was a freaking kid. I know this probably had a lot to do with losing my Dad at a young age and having the brutal reminder that there is always something to worry about. Because you never know when the worst can happen. I also know it was anxiety manifesting itself inside me at that young age.

But even though I know that now, I still beat myself up about things.

Whether it’s for having a piece of cake hours after swearing off carbs. Sleeping an extra hour instead of hauling my ass up to that 6 a.m. yoga class. Not checking in with my friends enough. Not keeping up with my adult responsibilities, like paying bills on time or knowing anything about the stock market.

The Camino worked well to shed me of a lot of that guilt.

That worthless gateway emotion to self-hatred.

One of my biggest breakthroughs was figuring our not the importance of treating myself with kindness—I already knew about that, told all of my friends and family to treat themselves kindly—but it was not until my Camino that I figured out how to truly practice it.

That was one of the big reasons I chose to disappear off the face of the social media earth when I did my walk. So I would stop looking outward, stop inviting that guilt in through a device that was damn near attached to my hand.

My goal was to focus on experiencing everything authentically and not staging my experience within the frame of an Instagram narrative, among other things.

In short, to rewire my fucking brain.

My walk was, without a doubt, one of the best things I’ve ever done for myself. Now all of you reading this—it’s probably just you now, mum—know this because I haven’t fucking shut up about it.

But I’m gonna keep writing, because I want to.

Because I need to.

So my walk was one of the best things I’ve done. Deciding to step off the social media hamster wheel was a close second.

My dinners were spent sharing stories with people from all over the globe, learning a new language, eating great food and laughing about anything and everything.

During these dinners, my phone lay forgotten on my bunk, little more than a paperweight and a device that my mother could track me on (and no, I’m not kidding, she actually did).

Since my walk started at roughly six every morning, I watched the sunrise. Every day.

At the beginning, it was instinct to shove my phone upward, in the face of nature’s beauty in order to capture it, snag a piece of the present for future reflection.

Or that’s what I told myself.

Our generation does not usually take pictures for the sake of a memory.

It’s usually with the intention to share it on our social media, with the addition of a witty caption and a crisp filter.

Now let’s be clear here, I’m not up on some kind of high horse. I am consistently contributing to this system, even after my trip, I’m a sucker for a good filter and a witty caption.

But I’ve stopped attaching as much to such things as I used to.

It’s also a little tricky, since my livelihood is twisted around a social media presence. Social media has been responsible for bringing me immense joy. It’s connected me to some of the most important people in my life. It’s made it possible for me to communicate with my readers, for them to tell me their stories.

So as an addition to my job, it’s pretty fucking awesome in that respect.

But as with everything else, it’s got a flipside.

One that’s made that constant feeling of guilt I mentioned intensify tenfold. I lament over the fact I don’t post enough. Or that I post too much about shit people don’t care about.

Now, I’m okay with what I do post or don’t. The person I am in ‘real life’ is pretty much exactly the same as the person I post on social media. Sure, my skin looks a little more vibrant thanks to kind lighting or even kinder filters.

I have the opportunity to edit my posts, edit my life.

So in truth, my social media world is a lot more polished than my chaotic, unorganized life.

The lesson I learned in coming back was my need to be a three-dimensional person in real life rather than a perfect two dimensional character online.

I learned protecting my peace is switching off.

At the beginning, it was easy because the chaos rushed in as soon as I landed in London. I had four days to pack my newly spiritually enlightened self into a suitcase and head to Vegas.

I packed a lot because I was compensating for the lack of outfit choices I had on the trip. The Camino did not change me in that respect, I’ll never pack light.

But then the guilt rushed in.

Because I went from a quiet, introspective experience to Vegas, one of the loudest and craziest places you could be.

It took all my energy to make that transition.

I neglected my online presence.

I couldn’t give a shit about leaving a dormant Instagram or not posting as many anecdotes about food on my Facebook.

My real anxiety came from neglecting my readers.

That’s where my guilt comes in and sets up camp.

My beautiful, crazy, chaotic and adventure filled live would not be possible without them.

Without you, whoever it is that’s reading this post.

And though I have the tools to rid myself of a lot of that guilt thanks to the Camino, I will always reserve a bit of space for it. Especially now, I’m on yet another trip. Though this time I haven’t switched off, as you can see. I’ve decided to document our adventures on my social media because I want to share it with you, my amazing readers. My supporters. My girl gang. Because it’s my way of connecting with you in case I miss a post, a comment or a message. I want to take you along on this beautiful ride as much as I can.

I also am aware that I’ve been making a lot of posts like this lately, showing the flipside of my practiced pout or posts about wine and chocolate. I’m showing a lot more of the real me, the totally and utterly imperfect me. Because I want to grow as a person and as an author. I want my platform to grow. But I want it to grow in the right way, for the right reasons. I don’t want to gain likes, comments, or readers by pretending to be someone I’m not. I want to make sure that the beautiful babes I have know that I’m just like all of you. I have flaws, issues, a fuck load of them. I want to make sure that if you’re struggling, that you don’t feel alone in that, that you don’t pressure yourself because everyone you follow online seems to have their shit together. They don’t, I promise you that. And it’s unhealthy to promote an ideal image of yourself that makes others feel bad about themselves.

That’s never gonna be me.

So that’s why I’m sharing posts like this. I’m also here to let you know, if you’ve been following my travels, it’s not all as glamourous as it seems. It’s fucking amazing, I’ll promise you that. But it’s also language barriers, wearing very questionably clean clothing, it’s food poisoning, it’s wading through tourists, it’s trying to figure out public transport, it’s making sure I’m not robbed, ripped off or taken advantage of. It’s missing my own bed, my family, all my little comforts. It’s neglecting some of my very real responsibilities. It’s missing out on huge moments in some of my favourite people’s lives. Births, deaths, weddings, birthdays, anniversaries. It’s gaining weight. It’s not writing enough. It’s spending money that could be used for grown up things like a house deposit or a retirement account.

I wouldn’t change it for the world. Because I’ve still got a whole lot of the world to see.

I want to talk about that for a second. Because a lot of people ask me why I travel so much. And I can’t give one answer. My appetite for travel is pretty much like my appetite in general, never ending, constantly craving rich and unforgettable experiences. I have my parents to thank for a lot of this. My mum and dad both did their O.E (in New Zealand, a lot of kids take a gap year after finishing high school and do an ‘overseas experience’) in Europe and have so many stories from it. Funnily enough, my mum and dad MET in Europe, despite the fact they lived two hours away from each other in New Zealand.

My childhood was filled with stories of their adventures, and I was encouraged to go on my own—my mum took my brother and I on countless trips, one memorable tour of Europe after we lost my dad.

So it’s in my blood, in my bones, that hunger.

And when I decided to quit fashion school at twenty years old—six months away from graduating—and run off to Europe for a year, my mum supported me because she knew my soul was starving.

And it really fricking was.

I know for a fact without that trip, Cade and Gwen wouldn’t exist. I know I wouldn’t be the person I am now. The author I am. The only way for me to stay spiritually healthy is to stay on a diet of adventure and excitement.

But I also know my spirit needs to stay grounded. I need to make sure my hunger for adventure doesn’t cause me to malnourish other parts of my life. My relationships, my responsibilities, my readers, my books.

Because the guilt has been real on this trip. My word counts have been…not great and I’m riding a big deadline. I’ve got no excuse. I’ve had time. I’ve been a lazy, I’ll admit that. I think it’s important to admit that, to all of you and myself. Because, yeah, it kind of sucks. But it’s also not the end of the world. Feeling guilty about what I have or haven’t done isn’t going to control me anymore.

It’s going to fuel me.

Guilt doesn’t need to mean the same thing it did to me when I was a kid. It doesn’t need to form a knot in my stomach and eat away at my happiness. It can serve as a reminder of what I’m feeding and what I’m starving, and I can adjust accordingly.

So that’s the end of my rambling blog post.

I hope it kind of makes sense.

Because I love all my babes. 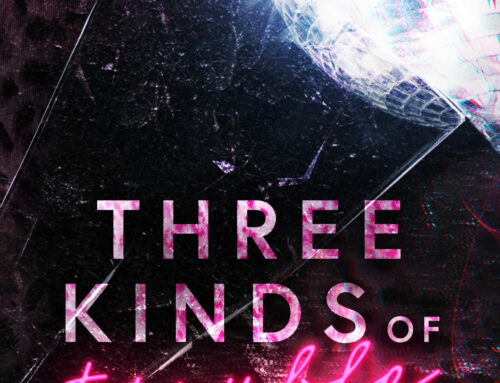 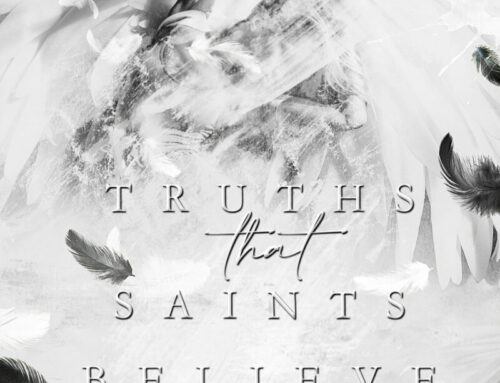 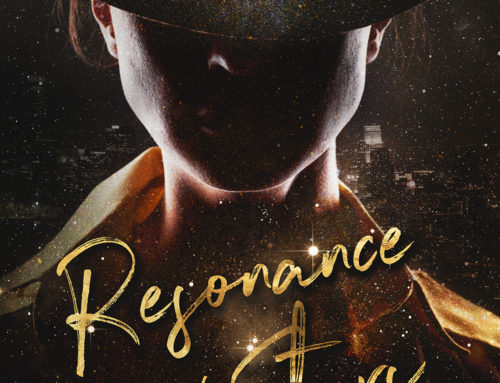 Resonance of Stars is live! Gallery

Resonance of Stars is live! 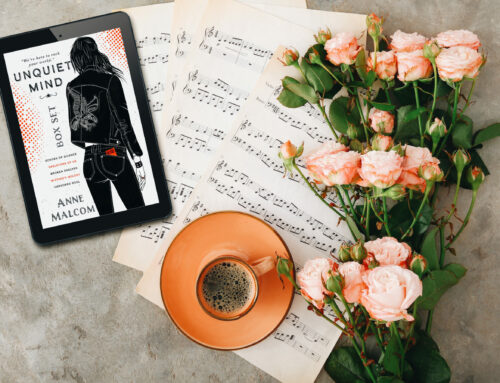 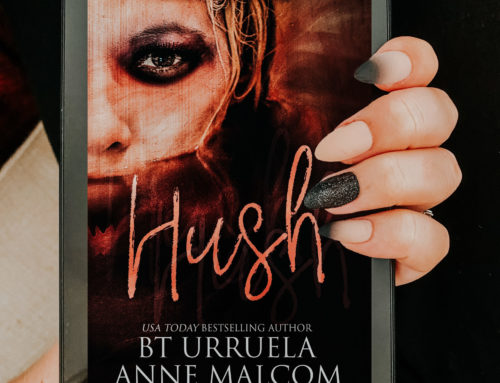 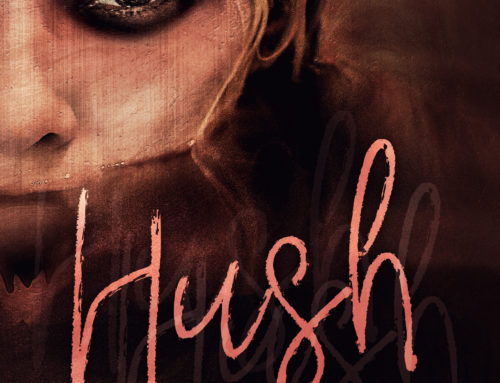