I am super excited to share the cover for book two in the Sons of Templar series and to let you all know the release date. Firestorm, Amy and Brock’s story will be hitting the digital shelves on the 21st of October. I cannot wait for you all to read it and I hope you’re ready for a bumpy ride, Amy and Brock’s road to a HEA is anything but smooth.

Amy Abrams doesn’t do love. Nor does she do emotional attachments, unless you count the connection she has with designer handbags. She grew up in an Upper East Side penthouse, which had about as much affection within its tastefully decorated walls as Castle Dracula. Her family is the precise reason why she points her red-soled heels firmly in the opposite direction of that dreaded four-letter word.
Then it happens. Love. It comes right out of the blue and knocks her off her six-inch heels. She learns that love comes with pesky side effects such as heartbreak, which seriously messes with the complexion. Amy promises herself that she’ll never open herself to that horrible feeling again. She doesn’t count on an infuriating, albeit drool-worthy biker to roar into her life and ruin the plans she had of locking up her heart. She keeps her distance, wary of the sinfully sexy biker whose tattoos should read Warning – dangerous alpha male, will screw up your life.
Amy may be an Upper East Side princess but she wasn’t looking for Prince Charming. She wouldn’t mind the name of his hair stylist, though. Brock certainly isn’t a knight in shining armor, but he consumes her, body and soul. Drama pulls them apart; danger will bring them back together. When Amy is threatened Brock is there ready to save her life. Her heart is another story.
By Anne Malcom|2015-08-26T23:38:28+00:00August 26th, 2015|Firestorm, Sons of Templar|4 Comments 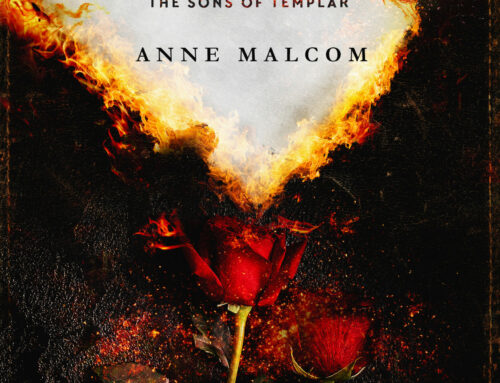