Biker Books – Some of my top picks…

This is a post from about two years ago from my old website. A reader contacted me and asked if I could transfer it over, and I was more than happy to do it. I love spreading the word about these amazing books and the kickass women behind them. If you babes like this kind of stuff I was thinking about doing a monthly feature on books I love from different romance genres. Let me know if this is something you’d be interested in.
Also, I can do an updated version of this list, as there are a few more authors who have slayed the MC game lately. Let me know if that’s something you want 🙂

What you need to know about me is, before I became an author, I was a reader. A huge one at that. I devoured a book a day, sometimes (oftentimes) more. This is in no way an extensive list, there’s other biker books and authors I love that aren’t on the list so I think I might have to make a part two. Here are just some of the books that I love in the MC genre. In no particular order….

Amo Jones – In addition to being my sister from another mister, this chick writes kick ass MC books. All of her books rock, but for MC, check out One Hundred & Thirty-Six Scars, the first in her Devil’s Own series.

Jessica Gadziala  – This supremely talented author has a huge list of books that are all equally awesome but her Henchmen MC series were the first books I read from her and they are some of the best MC novels out there. Start with Reign.

Joanna Wylde – Everyone who reads MC has most likely read this woman’s superb books. The Reapers MC will be an all time favourite of mine forever. Start with Reaper’s Property.

Madeline Sheehan – Another queen of the MC genre. The Undeniable Series was one of my first ever MC reads and it blew my freaking mind.  These books are not for the faint hearted and contain a fair amount of grit and darkness. But they rock. Begin this crazy ride with Undeniable.

Layla Frost – From the dark and soul destroying we move onto something a little lighter, but no less awesome. Layla’s Hyde Series made me laugh out loud numerous times and swoon at the hotties. Start with Hyde and Seek and get ready to binge.

Beth Flynn – Another mind blowing series that is totally different than any of the books out there and completely amazing. You will feel a variety of emotions reading the Nine Minutes Trilogy and it will haunt your dreams for days to come. Fall in love with Nine Minutes.

Autumn Jones Lake – Another one of my early MC reads that made me fall deeper in love with the genre. The Lost Kings MC is a great series that I’ll definitely be rereading in the near future. Start with Slow Burn, it’s FREE!

Tillie Cole – Oh my Lord, I love this woman. Seriously. She is so effing talented it hurts. The Hades Hangmen series is not just one of my favourite biker series, but my all time favourite series ever. Get addicted with It Ain’t Me, Babe.

Nicole James – The Evil Dead MC is another totally awesome series to sink your teeth into and I love every single book Nicole has written. Start with Outlaw.

Addison Jane – Last and certainly not least, is another Kiwi author rocking the MC genre. The Club Girl Diaries is an amazingly unique perspective on MC with kick ass heroines and hot as balls alphas. Fall in love with Harmony.

I want to say that’s it, but it’s not. There are SO many other biker books I want to put on here but it would make this list too long. So I’ll most likely do a part two. What are some of your favourite biker books? I’d love to add them to my never ending TBR list. 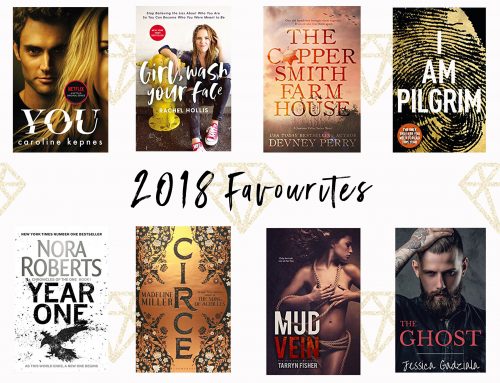